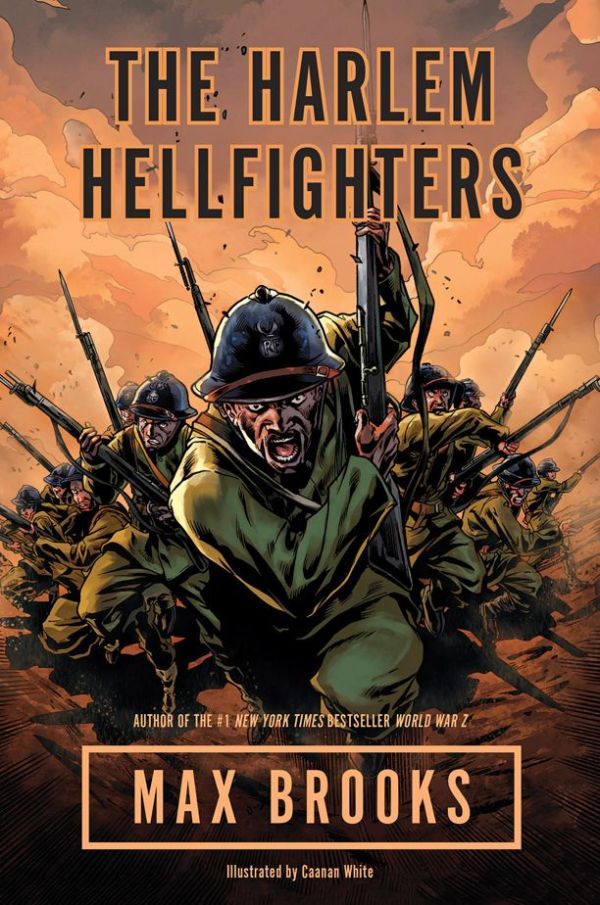 My interests in American history, graphic novels and little-known accounts of war have recently intersected with gripping The Harlem Hellfighters by Max Brooks. Written by Brooks — the well-known author of World War Z — and illustrated by Caanan White, The Harlem Hellfighters recounts the struggles and victories of the 369th Infantry Division as the first African-American regiment to see combat in World War I. 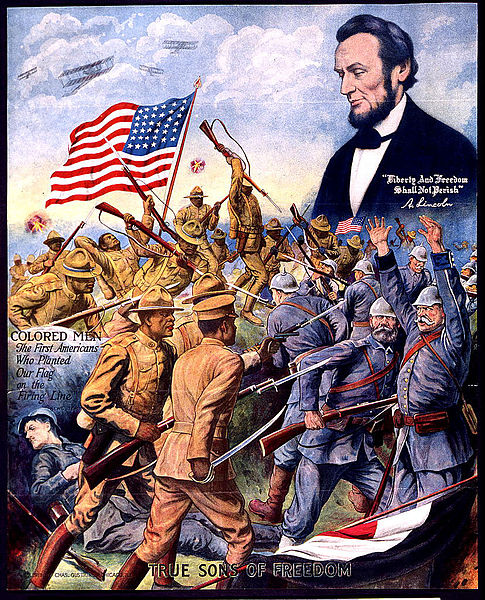 The 369th was composed of a volunteers from many backgrounds reflective of the Harlem Renaissance era’s diverse black population crowding the streets of northern Manhattan. The volunteers included Caribbean and African immigrants, migrants from the American South and native-born New Yorkers. As a green fighting force, the urban laborers, artists, musicians, farm workers and students who fought as the Harlem Hellfighters went on to distinguish themselves in the late stages of WWI and became among the first American Expeditionary Forces to push over the hard-fought German lines. 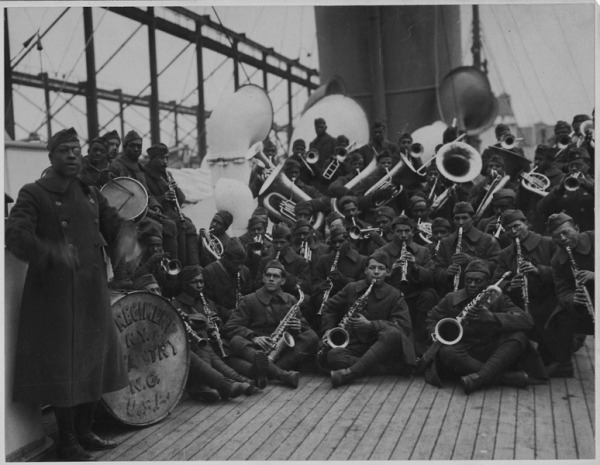 Brooks has a long-held interest in the Hellfighters, and he had tried unsuccessfully over the years to bring a script to movie or television production. Following on the international success of World War Z, Brooks decided on the graphic novel format to bring the Hellfighter story to a mass audience. Based on real characters in a fictionalized story, the book traces the regiment’s path from basic training in a Jim Crow American South to the trenches of Europe under the command of the French army. Even after winning distinction in early engagements, the members of the Hellfighters ran up against racism which followed them to Europe.

The story of band leader James Reese Europe forms just part of the tale, but is illustrative of both the acceptance of the arrival of black US troops and their rejection by the laws and traditions of white Europeans and their countrymen at home and abroad. Reese is largely credited with introducing jazz to European audiences, and although he would survive the war, he died soon after his return to the States at the hand of fellow band member. The mix of challenges, triumphs and tragedies on and off the field of battle makes the story of the 369th an incredibly compelling story every American should know. 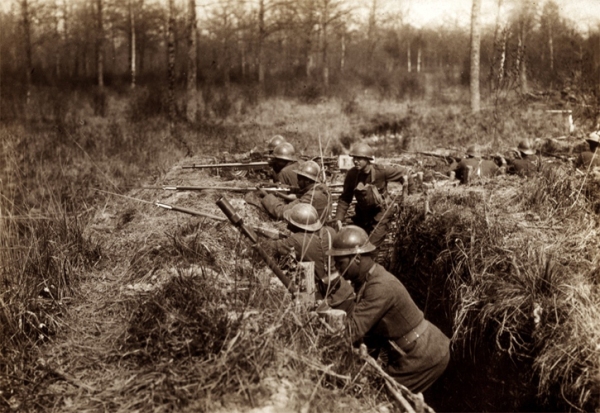 Troops from the 36th Infantry Regiment in the trenches

The Harlem Hellfighters is illustrated in a jagged, dark style by African-American artist White amid pages crowded with rich individual character stories and broader narratives of an era marked by the horrors of modernized warfare as well as lynchings and street-beatings. To the interested reader, there are many jumping-off points into a deeper story of the 369th and their ripple-effects on 20th-century American race history still being wrangled with today.

The 369th arrived back to the States and were celebrated with a heroic parade in New York City. The 369th Infantry Regiment Armory in northern Manhattan still stands today as one of the few monuments to this often-forgotten chapter in a war which is also largely-ignored in our teaching of US history. For the veterans of the Harlem Hellfighters, their fight in Europe would continue back home through the labor and civil rights movements in the decades to come.

Just ahead of the book’s publication in early April, Sony Pictures announced it had acquired the rights to bring the story of the 369th to the big screen with production backing from Will Smith’s Overbrook Entertainment. With the The Harlem Hellfighters and the promise of a movie adaptation, hope springs anew that 100 hundred years on the American men of the 369th get the recognition they earned in spirit and blood.