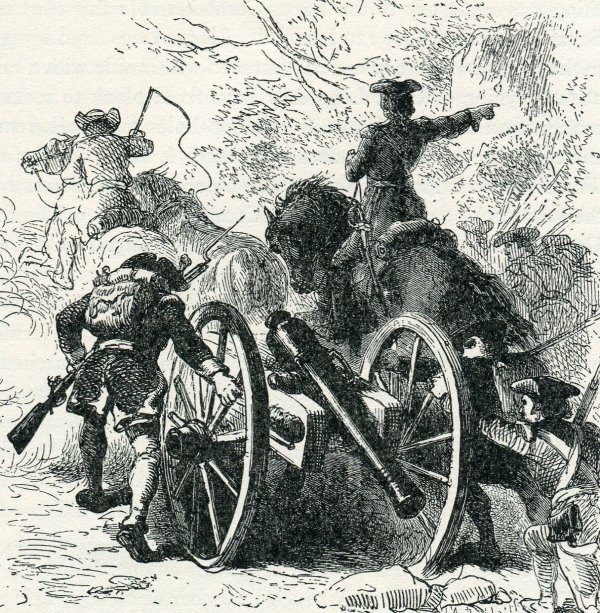 When British General Edward Braddock launched his campaign through the Ohio Country to Fort Duquesne in the spring of 1755, the call went out for wagons. With some 2,000 soldiers at his command, Braddock was a typical commander of the French and Indian War era whose plans rested heavily on the support of local civilians willing to port the tons of supplied needed for a planned siege some 110 miles away.

After initial appeals were largely ignored by a population not particularly pleased with existing British colonial governance, appeals by Benjamin Franklin to his Pennsylvania countrymen finally yielded the needed transports for the campaign. An excellent 1959 publication from the Smithsonian Institution by Don H. Berkebile, Conestoga Wagons In Braddock’s Campaign, 1755, provides great detail on the supply train in Braddock’s campaign. Some 150 locally-provided wagons combined with Braddock’s own to form nearly 200 transports carrying powder, ammunition, food and other goods necessary for such an undertaking into the relatively untamed wilderness. Additionally, Braddock also had five six-pound guns, four twelve-pound guns, three coehorns and four howitzers in tow with the design on breaking French control in the region.

Cutting trees, clearing brush, fording streams, blasting rock and transversing the steep hills and mountains of Western Pennsylvania, Braddock’s miles-long force moved along a 12 foot wide path at just two miles a day. George Washington, then a young British Colonel, had cautioned his mentor Braddock against reliance on wagons in the rough wilderness and advocated the use of pack animals instead. Braddock’s column certainly contained dozens of horses and scores of cattle, but the majority of supplies rode on wagons in a European style uniformed by the roughness of North America’s backcountry. When the advance force of Braddock’s line was ambushed at the Battle of the Monongahela by the French and French-allied Indians on July 9, 1755, the soldiers and civilian supply train was thrown into chaos. By the end of the day, the disordered column was in hasty retreat, Braddock was dead and Washington was forever changed after having witnessed the death of his role model.

As Berkebile’s article points out, the exact number and make-up of the types wagons mustered for Braddock’s campaign is unknown. There is no doubt conestoga wagons, invented in Pennsylvania in the 1730s, made up some part of the supply column. State of the art for the era, conestoga wagons became icons of the American frontier for their multiple ton capacity, wide wheels and ruggedness. Other transports such as tumbrels and powder wagons supplemented the carrying load for Braddock.

For my FIW transports I’ve gone with a number of models from Perry Miniatures. Cast in metal and resin, these hefty models are cast with great detail and each are accompanied by civilians who provided the skill needed for the campaign. With five wagons completed, I have plenty of transports ready to represent Braddock’s or other FIW era armies heading into the wilds of the North American wilderness. 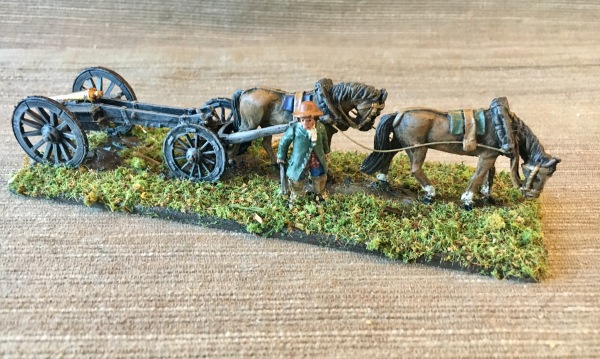