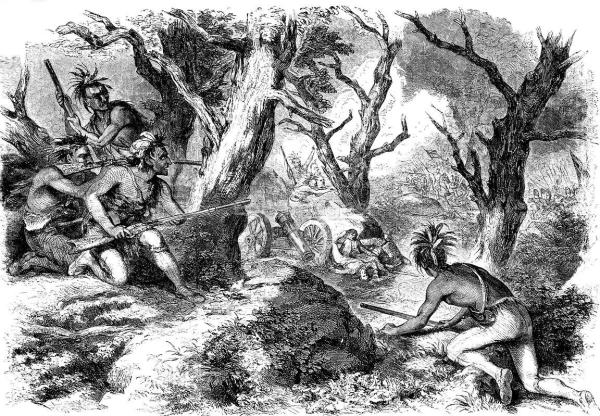 With the majority of my core 28mm forces for my French and Indian War gaming complete, I’ve been focusing on filling out my model variety with more Indian figures from a number of manufacturers. The FIW lends itself to having a lot of different Native American models on the table, given the numerous North American tribes which participated in the conflict. Most of my Indians are from Conquest Miniatures distributed by Warlord Games but my next few posts are focusing on some small units I’ve been adding from other makers.

First up are a half dozen figures from North Star Military Figures. Until recently, Northstar was manufacturing figures packaged specifically for use with the very popular Muskets & Tomahawks rules set. With a second edition of M&T pending at some unnamed future date, Northstar recently put their figure line on hold.
Fortunately I had grabbed a pack of Indian reinforcements at a convention earlier this year. The six models, armed with muskets and hatchets, all come with nice detail of equipment, jewelry and some hooded frocks. I chose to paint them in colorful reds, greens and blues, reflecting the steady trade of European goods during the era. The sculpts are solid with a real 28mm feel a bit larger than my Conquests which stand closer to 25mm. With these Northstar Indians, my native forces have grown in variety and scale as I build out a larger group of allies for my French. 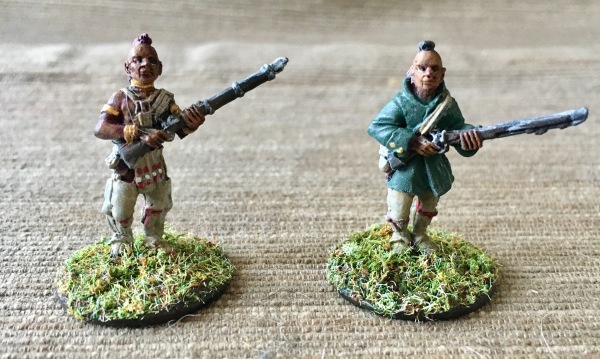 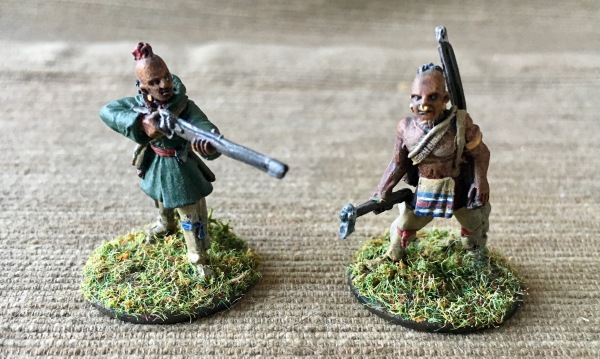 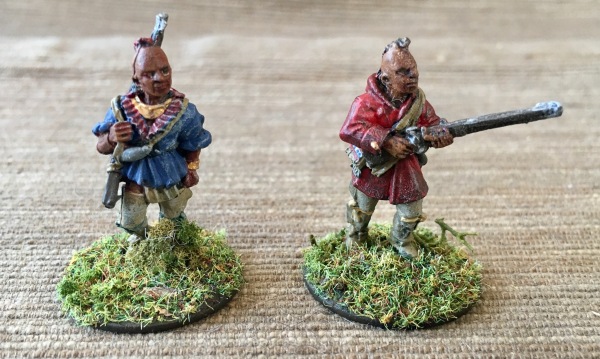 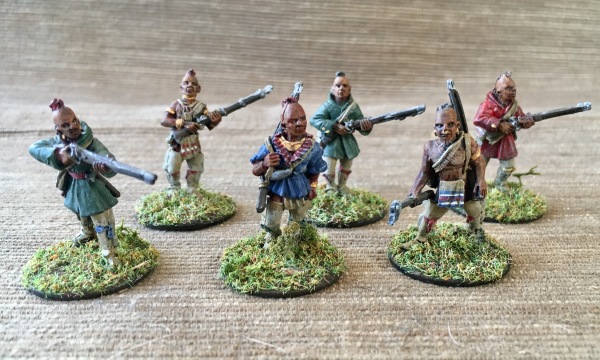