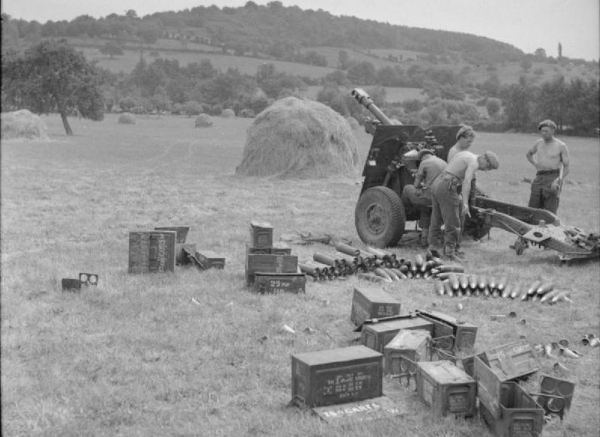 My progress on my new British forces continues with my fielding of a full  Royal Artillery Battery for Flames of War. Dating back nearly 400 years, the British Royal Artillery Regiment (or RA) has been a mainstay of support for British infantry over many continents for a couple centuries. In World War II, the massed 25-pound guns were important for their rapid fire when manned by capable British crews. 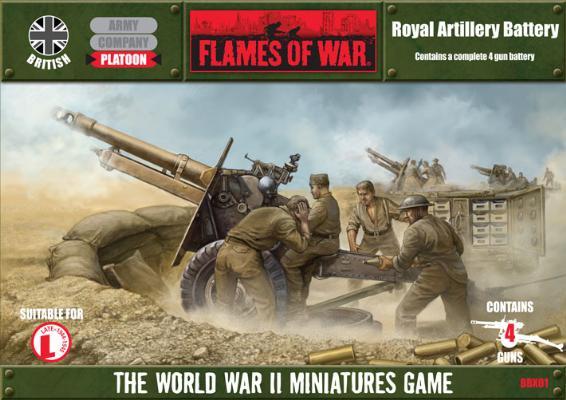 FOW provides specific rules to account for the adept British guns with the ability to field eight or twelve guns and range in on targets even under initial missed attempts with massive bombardments. In short, these guns provide incredibly deadly strength to any Late War British companies in post-D-Day scenarios the likes of Villers-Bocage or Operation Market Garden. 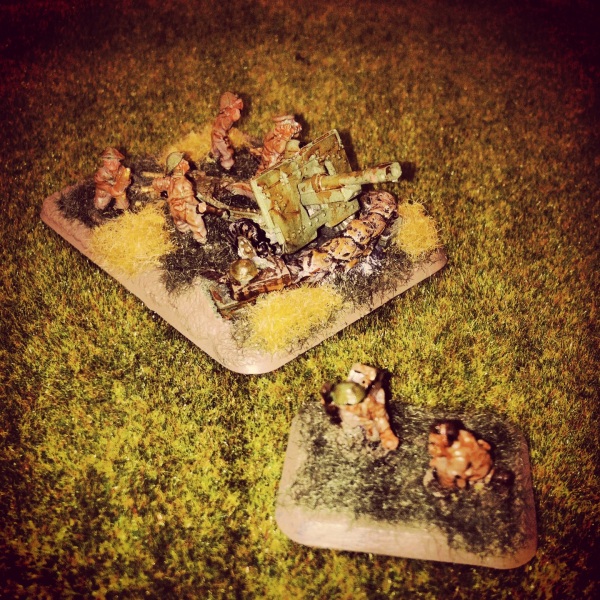 My RA Battery is made up of two FOW kits, one of which I scored for a song from a fellow club member during a summer flea market at Metropolitan Wargamers in Brooklyn, NY. After gluing everything up, the models get a basic green undercoat followed by my quick finish of drab brown for the uniforms with brown boots and off-white coverings. Figures get finished off simply with a wash to add depth, as do the guns with some rusty dirt streaks.

Sand bag emplacements are finished with a few layers of browns, and stonework get a some built-up coats of grey. Stands are finished with details for stacked crates and discarded brass shells on a brownish dirt basecoat followed by two different grass flockings. 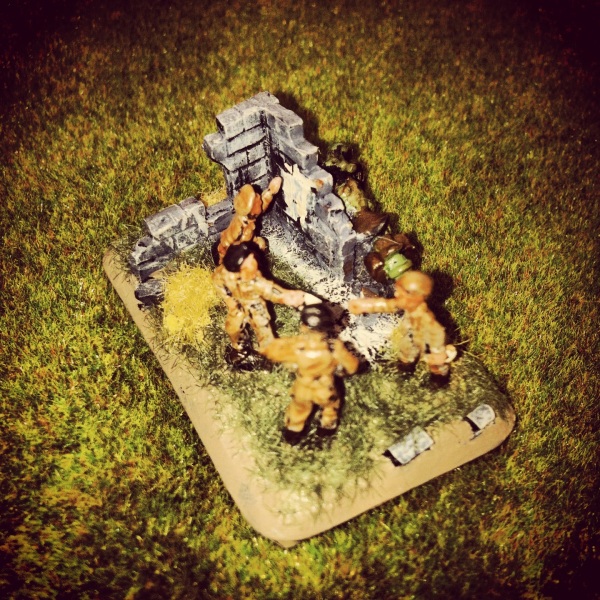 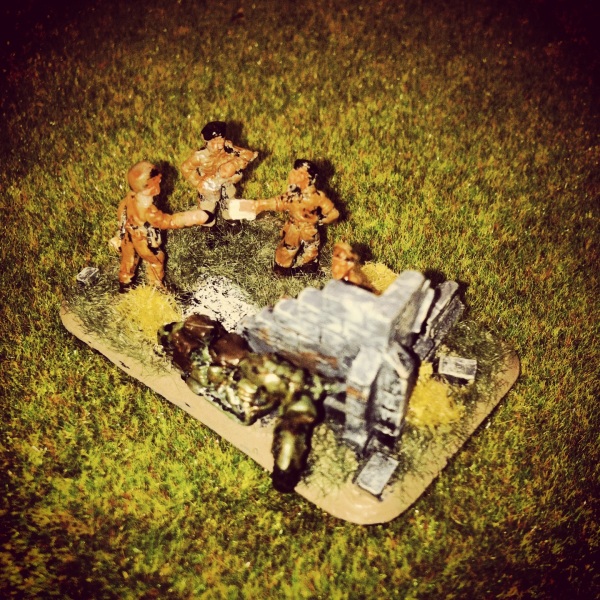 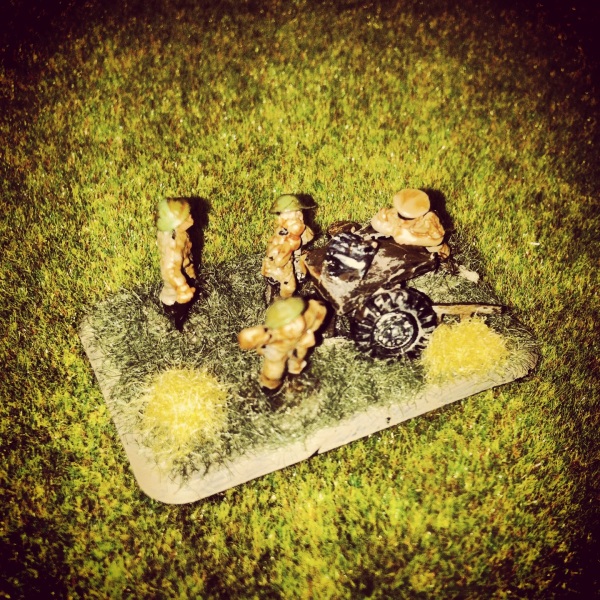 My sets came with two different command bases, the first with a nice diorama of a demolished building with a motorbike parked out back. As orders are being passed between officers, another pours tea from an aluminum kettle. The other command stand features a crowd of staff around a field table and radio operator with one dapper officer standing to the side, cane in-hand. 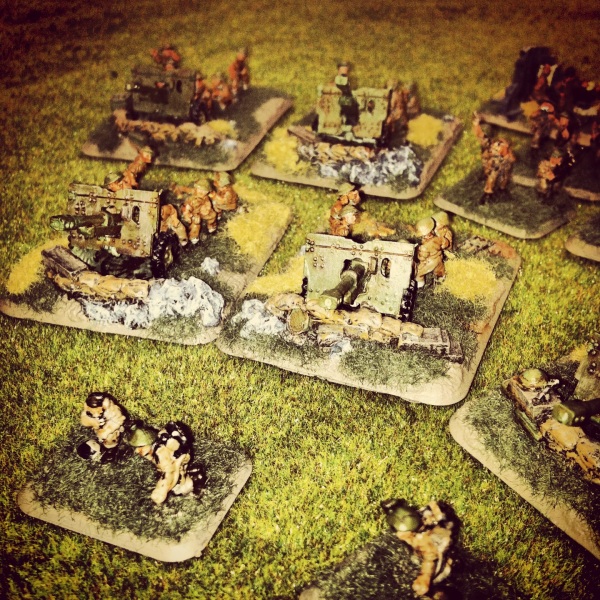 Each four-gun battery is filled out with two other command teams and a spotter, waiting to call in the guns on the unsuspecting German forces. All together, I’m anxious to get my British RA into action with my 7th Armoured and Guards Armoured tanks in the very near future. All that’s left is some British infantry, so stay tuned for their appearance on the field in the very near future. 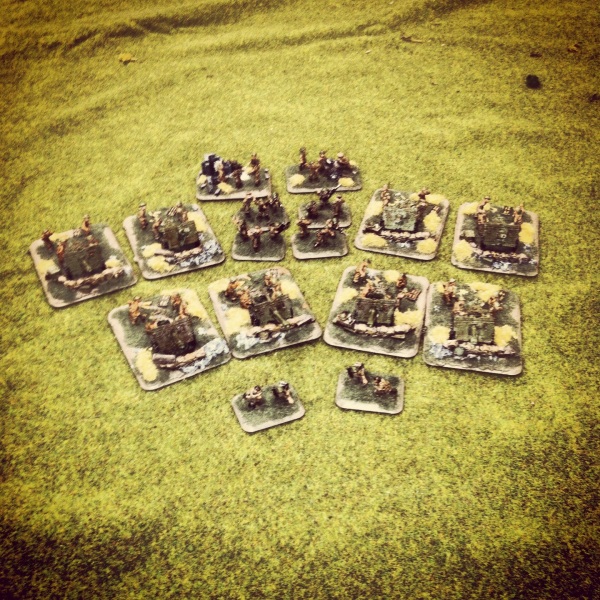