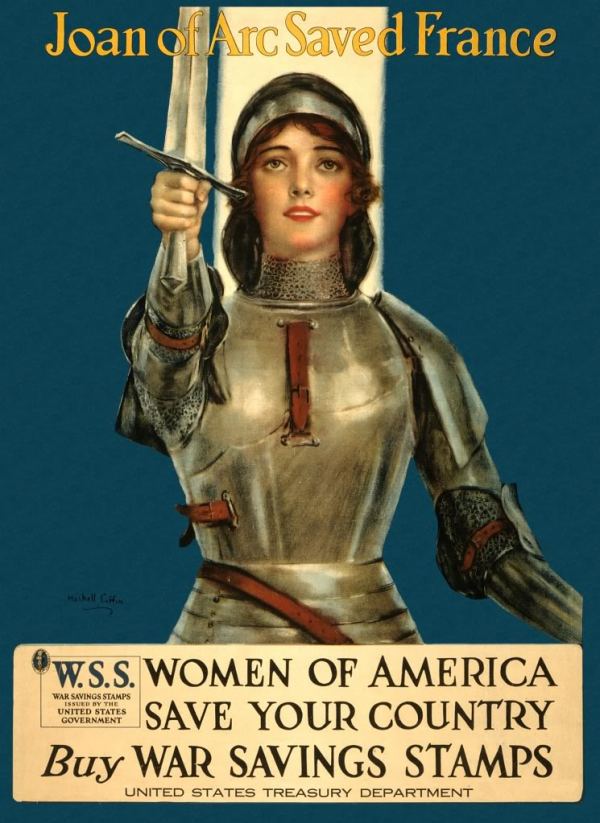 For a story mixing heroicism, legend, Christian mysticism and epic battles of swords and armor, you really can’t beat Joan of Arc. Rising from storied French farmgirl  beginnings toward the end of the Hundred Years War, the teen-aged Joan of Arc is legendarily credited with turning the French tide against English invaders at the Siege of Orleans in 1429. Her later capture, trial, burning at the stake and eventual canonization as Saint Joan of Arc cemeted her place in world history as a military, feminist and religious icon.

In the six hundred years since she was executed, Joan of Arc has remained a prominent subject of film, plays, art, literature, and yes, games. With so few women in headline roles in the history of warfare, the chance to game the period of warring Europe in the waning days of chivalrous armored calvary can be all the nore interesting when Saint Joan is present.

Released by Clash of Arms in 1998, Joan of Arc is at this point a classic board game which I recently had a chance to play for the first time at Metropolitan Wargamers in Brooklyn, NY. The game board presents the contested areas of the 100 Years War dotted with cities connected by roads. Players choose to represent on e of the warring kingdoms of France, England, Navarre, Brittany, Flanders and Burgundy. The game begins in a time of peace, and in each subsequent turn players vote in secret on whether the turn is to be one of peace or war. A time of peace causes one random event to be drawn and just one attack action per player, while a period of war brings two events and up to two battle actions from each player.

Joan of Arc at Metropolitan Wargamers

In random order at the beginning of each round, each player may expand into up to two free city locations along connecting roads or via seaport connections. Players draw a hand of large, tarot-like cards with which they can wage combat or cause other chance actions like the appearance of a hero of the kingdom such as St. Joan herself for the French. An attacking player draws cards from their hand, each carrying a numeric value, along with special actions such as Engineering which negates the defender’s bonuses from previously built castles and strongholds. A defeated city is occupied immediately by the attacking army, and the number of controlled cities and collective regions generates additional income in the following turn.

Throughout Joan of Arc, alliances are made, truces may be purchased through influence and battle for area control of the map marches through time. The player scoring the most points through controlled space on the board wins at the end of the game. Our group of savvy wargamers had the most fun in the alliances an double-crosses we meted out on each other’s kingdoms throughout the game.

There are a lot of better historically-based area-control games on the market at this point, and Joan of Arc’s connection to the historical record is pretty abstract at best. The game design looks great and it plays well once the somewhat imprecise rules are understood after a turn or two. Even with its minor faults and stretched thematic story, Joan of Arc more than engages a group of players in the era of Europe tipping away from its feudal centuries of warfare toward a more enlightened age on the continent we can still recognize today.