Aside from my love for games, comic books, movies and associated hallmarks of geekdom, I’m a longtime fan of AMC’s Mad Men which wraps up its sixth season this coming Sunday. One of the much-maligned characters on the show is the media buyer and TV man Harry Crane played by Rich Sommer.

What the average fan of the show probably doesn’t know is that Sommer is one of the increasingly-prominent stars of the small and big screen who has a deep passion for gaming. Although currently on hiatus, Sommers until recently posted frequently about his gaming exploits on his blog Rich Likes Games, and he has appeared on a number of webisodes of gaming sites like Wil Wheaton’s Tabletop. Wheaton’s show will soon be premiering new episodes featuring a new crowd of writers, comedians, actors and other creative friends with the common love of rolling dice, playing cards and out-strategizing their opponents across the table. 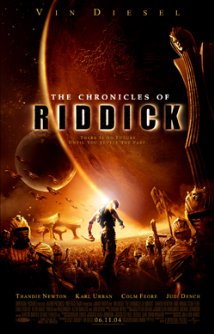 The ability for gaming to bring together diverse groups of people, the famous and not-so-famous alike, is one of the wonderful things about the hobby. There’s an oft-told tale of Vin Diesel introducing Judi Dench to Dungeons & Dragons on the set of The Chronicles of Riddick, leading to Dench dungeon-mastering subsequent games for her grandchildren. There are all sorts of stories out there and extensive lists of celebrities who place themselves among the worldwide population of gamers. Among them are Stephen Colbert, Matt Damon, Ben Affleck, Mike Meyers, Robin Williams, John Favreau and Joss Whedon. Go back further and there are stories of the likes of Charlie Chaplin, Douglas Fairbanks Sr., King Vidor, Cole Porter, Harold Ross and Amelia Earhart partaking in gaming.

What I’ve found in my own experience is that gamers come from all walks of life but share a commonality in creativity, reason, knowledge, problem-solving, logic and alternating collaborative and competitive natures. These are obvious traits to be found in people who occupy prominent positions in the culture but also in the regular folks I game with on a regular basis. I find this every week at Metropolitan Wargamers club in Brooklyn where different combinations of ages, background and experience come together to play.

I recall being at a gaming convention a few years back watching a young guy with a mohawk, lipstick, piercings and dressed in head-to-toe black speaking passionately with a retired buttoned-down US Army veteran about some tactical minutae of a WWII engagement. Thinking back to that scene, it serves as my Diesel-Dench moment where those of us who share nothing and everything randomly encounter each other in our worlds of gaming.

My Saturday evening of gaming with Metropolitan Wargamers was a busy one. First, I faced off in a 20mm World War II scenario on one of the club’s sand tables, and then I played in a three-player game of Lords of Waterdeep. It was standard fun stuff on a rainy quiet night in Brooklyn.

The surprise of the evening was when one of the guys pulled a box off the shelf and asked if I wanted to play a ten-minute game. Now, most the games I’m used to playing easily take a minimum of 60-90 minutes to play, so I was more than curious as to what this mystery game might be.

The game is Tsuro, and it’s one of those magical games that is both easy and complex all at once.

Tsuro has been around for about 10 years but the game has a feel and design making it seem a part of some ancient Far Eastern culture. It’s subtitled “the game of paths,” and that’s it in a nutshell. Each of the 2 to 8 players take turns placing square tiles on the board’s grid and moving their pieces along the linking paths. When newly-laid tiles touch other player’s pieces, those players also slide their pieces on the ever-changing linked, criss-crossing and overlapping paths. The object is to keep your piece from getting routed off the edge of the board. The last player on the board wins.

I played a couple three-player games of Tsuro in rapid succession. The turns go fast, and I can see how a game played with even more people could turn into a dizzyingly-quick game as pieces slide every which-way on the board’s paths. The game has nothing to read, nothing to count and incredibly simple rules, so I could see this as a fun game for families after dinner or with a few friends on the coffee table on a Friday night.

For another look, check out Wil Weaton’s Table Top for an episode with his friends playing Tsuro and some other quick dice games. Tsuro proves that a game doesn’t have to take all day or have a zillion pieces or complicated rules to be a blast.

Most people remember Wil Wheaton as the actor who played Wesley Crusher on the television series “Star Trek: The Next Generation.” In his years since, Wheaton has had a growing presence as one of the more prominent celebrities involved in gaming.

This past year Wheaton launched TableTop, a webseries on the Geek & Sundry web community. For longtime gamers, the premise is as familiar as a Friday night: get some friends together, play a game and enjoy the shenanigans that unfold. Wheaton pulls together a mix of actors, writers and comedians with varying levels of experience in gaming, but the results are usually hiliarious (and often a bit off-color) as the witty crew play through such games as Settlers of Catan, Ticket To Ride, Munchkin and others.

The TableTop series is so incredibly simple in its conceit and production but very effective in capturing the joys of gaming — creativity, camaraderie and comedy. Wheaton and his guest players also demonstrate how incredibly social gaming is for people of all ages and backgrounds.

The show is on hiatus until early 2013, but you can check out all this year’s episodes online. Check out the show, get some friends together over the holidays and play a game.