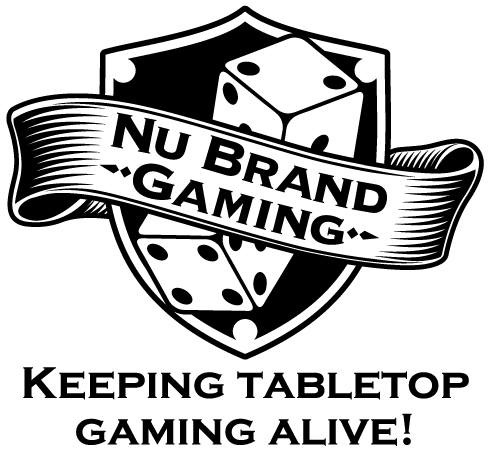 Tucked away on a residential side street in Sunset Park, Brooklyn is an inviting tabletop miniatures players paradise. Located in a former chiropractor’s office decked out in knotty pine paneling, wall to wall carpeting and an assortment of Americana and Wild West decor, Nu Brand Gaming opened in 2015 and is one of the newest and best gamer play spaces in the city. 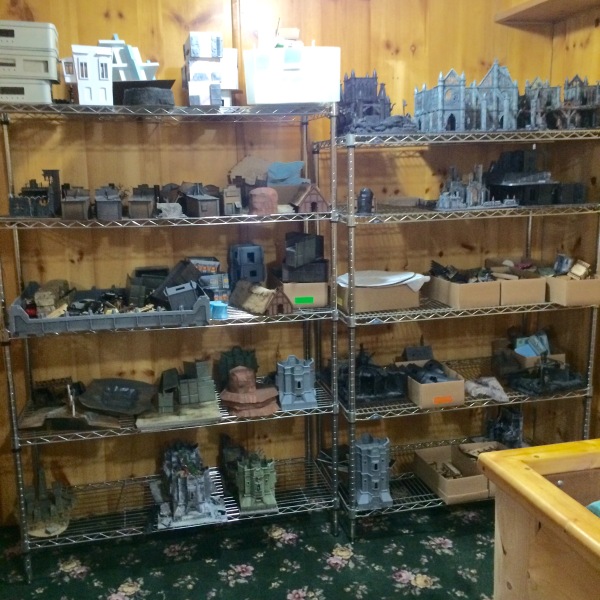 One of the many racks of terrain throughout the space

Nu Brand is operated by Ade Sanya, the resident owner of the building and son of the doctor who formerly served patients in the rooms where dice are now rolled and minis are pushed on tabletop battlefields.  With his family living upstairs, Ade has spent the past year creating an incredibly comfortable and inviting space for gamers focused on historic, fantasy and sci-fi miniatures. His skills as a carpenter and set builder are evident in the sturdy tables and racks of terrain found in the half-dozen well-lit rooms which radiate off the central hallway. 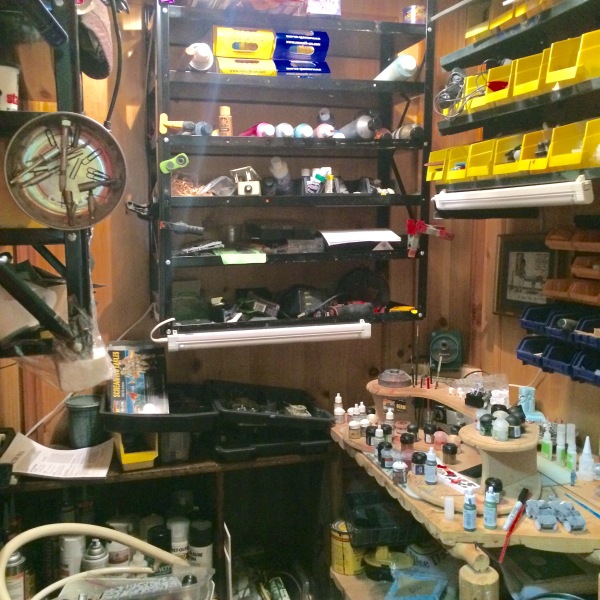 Hobby room with supplies and tools to lend

A small hobby room sits at the back of the building where tools and supplies are available for use by members and drop-ins who come to spend time modelling at one of the many comfortable work places throughout the rooms. A small galley kitchen offers drinks, snacks and a refrigerator for visitors to store their own food. Secured storage lockers are also made available to members to store their gaming gear. 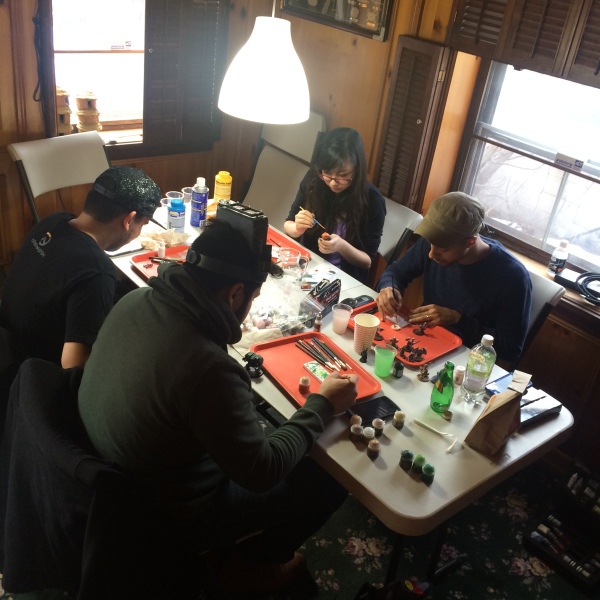 Miniatures painting in the back room

Membership runs $30 a month at Nu Brand, and a day rate of just $10 is available for people who come to just give the place a try or participate in one of the many growing number of events scheduled. Members can also take advantage of retail discounts with several suppliers Nu Brand is working with to bring product to the community. The space is generally open Wednesdays, Fridays and Saturdays. 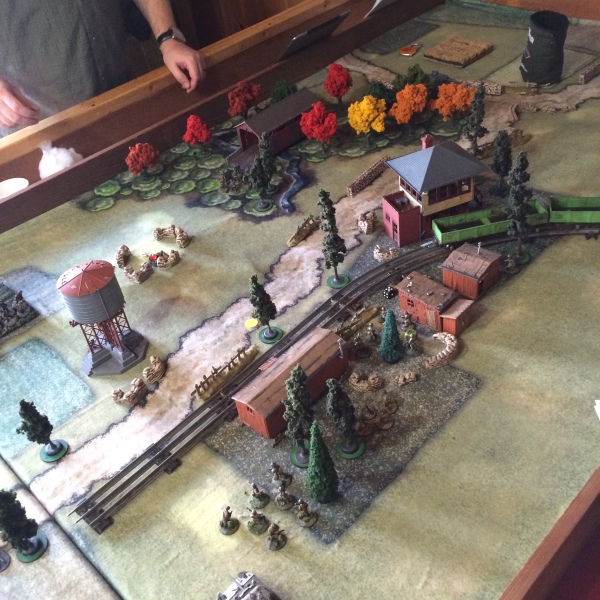 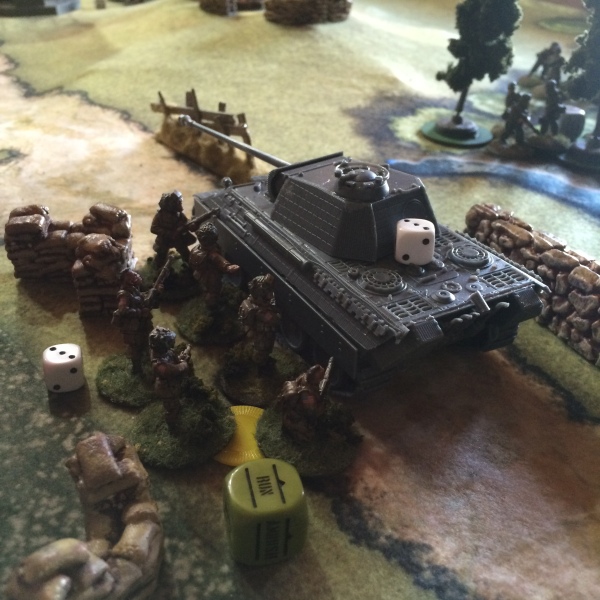 US Airborne assault a German tank in Bolt Action 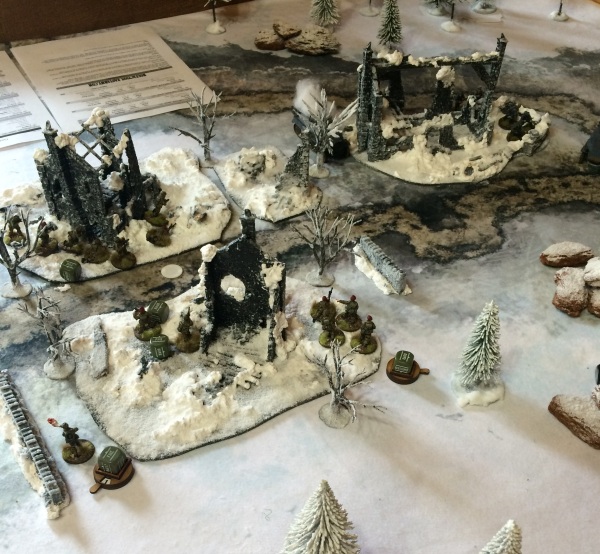 My first visit to Nu Brand this past weekend found ten gamers playing in a day-long series of Bolt Action 28mm World War II games. Tables were gorgeous — from the towns of late-war Western France and the wintery ruins of an Eastern Front forest to an urban town fight and a clash on a Pacific Island. At the end of the day’s events, certificates were awarded for best painting and force lists, a raffle was held and announcements were made for the new monthly Brooklyn Bolt Action campaign kicking off at Nu Brand this month.

One of the  Warmachine battles in action 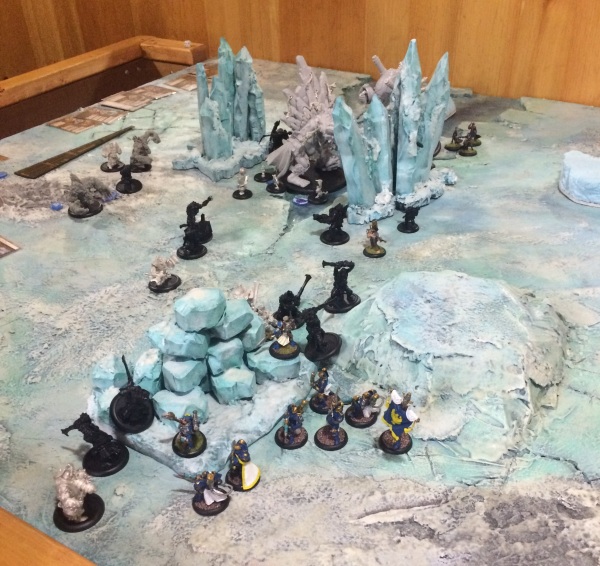 As WWII battles raged in several rooms, other players were occupied with Warmachine and other fantasy games, and four hobbyists were camped out in the back painting away at their miniatures. A variety of games like Star Wars X-Wing, Beyond the Gates of Antares, Malifaux, Mage Wars and Warhammer 40K are played regularly at Nu Brand. Newbies and experts alike all find a spot at Nu Brand. No matter the game, the love of the craft and gaming in the hobby — no matter the era or theme — is evident with everyone who crowds the tables each week. 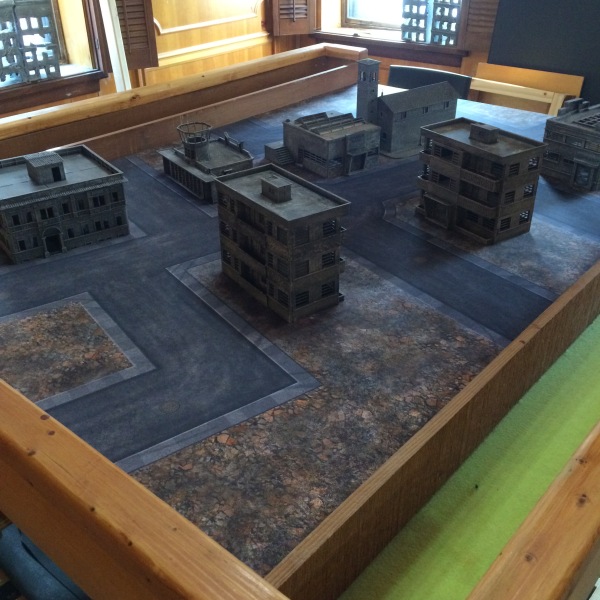 Urban terrain set up on one of the many tables 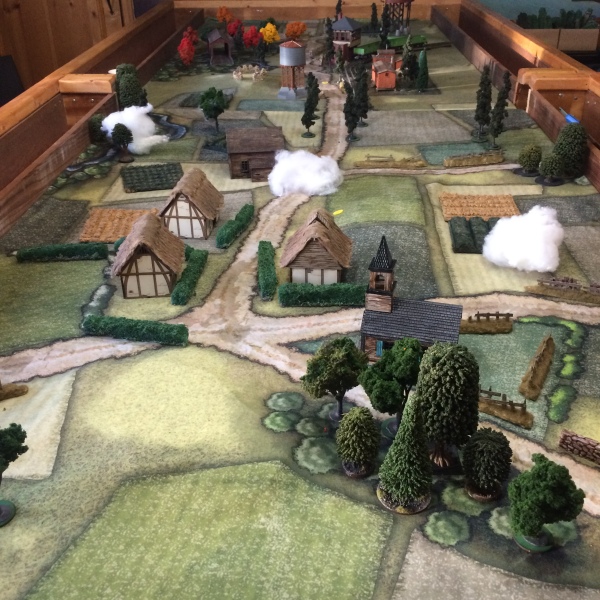 The hum of activity and welcoming environment was evident for regulars and newcomers alike at Nu Brand Gaming on my first visit. Aside from myself, two other members of Metropolitan Wargamers were along for the day and we were able to meet and play with a whole host of new people and veteran players who were connected to friends-of-friends throughout the New York City area. Like so many of us in the wide gaming community “keeping table top gaming alive” is the mission of Nu Brand Gaming, and this marvelous place to play is a fantastic new outpost to seize this objective.

3 thoughts on “A Place To Play: Nu Brand Gaming”