The P-47 Thunderbolt was a big, heavy, expensive and deadly plane with .50-cal machine guns and a bomb payload of 2500 pounds. Rushed into development and production near the dawn of World War II, these American planes saw their first use in Europe in 1942. By the late war period, the P-47 was being widely used in Western Europe and proved to be among the most effective fighter aircraft in both air-to-air and air-to-ground combat operations. During the Normandy landings in June 1944, the German Luftwaffe was a virtual no-show and the P-47 Thunderbolt ruled the air in support of the massive Allied invasion below. 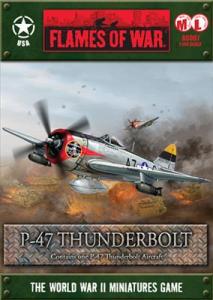 I’ve been modelling and playing with the 15mm World War II Flames of War miniatures wargaming system for a number of years now, but until now all my gaming has been with tiny scale boots, wheels and tank tracks firmly planted on the ground. With a full afternoon of large 2500-point late war period FOW games being planned in July at Metropolitan Wargamers in Brooklyn, I decided to supplement my existing US Airborne force with some new air support with a P-47 Thunderbolt model. Armed with its wing machine guns and laden with bombs, I’m pretty excited about adding the P-47 and a whole additional dimension to a game I’ve gotten pretty familiar with over the years.

Choosing a paint scheme for the model was the first decision I needed to make in my project, and there are hundreds of historical variations to be found. While the silver fuselage seemed to be among the more commonly-modeled versions of the P-47, I opted for a simpler olive drab body. The green base coat was followed by a grey underbelly and some boldly-colorful red details at the nose and tail. The windowed canopy “glass” consisted of some flat black and white dry-brushing. Along the seams in the body of the plane I wiped fine lines of rusty metal to show wear on the plane. The decals included in the kit completed the model, albeit with a fair amount of struggle with near-miss tears. 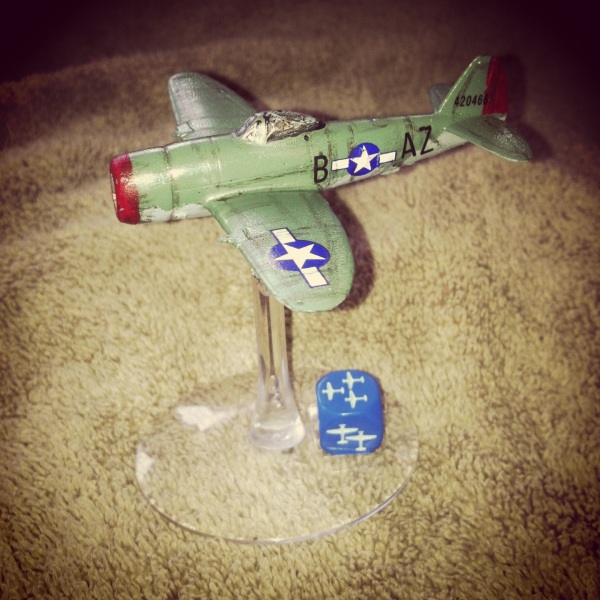 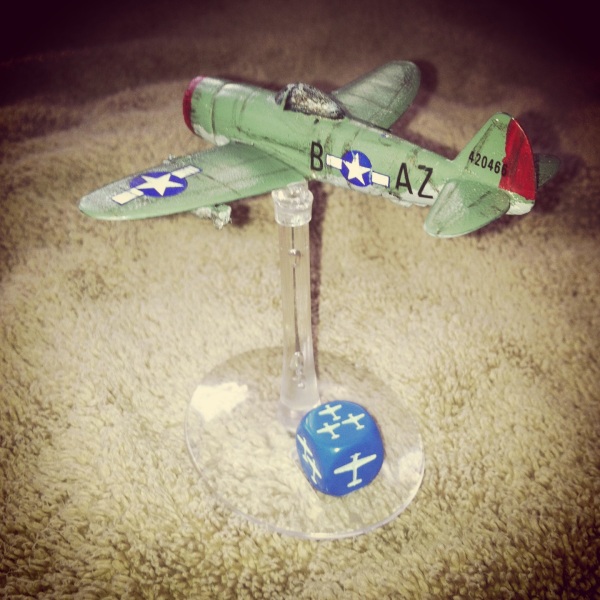 While my first shot at modelling a plane for FOW may not be 100% historically accurate, I’m pretty satisfied with the visual impression it makes. At some point I’ll even things up with a German plane, but for now I can’t wait for my P-47 to take off in my next game.

6 thoughts on “Flames of War: Fielding the P-47 Thunderbolt”