Toys and games are on my mind year-round, but the holiday season adds an extra layer of history, tradition and nostalgia to my passion for play. And so, my son and I made our way this past weekend to the New York Historical Society on Manhattan’s Upper West Side and back through more than 150 years of childhood wonder.

Holiday Express: Toys and Trains from the Jerni Collection 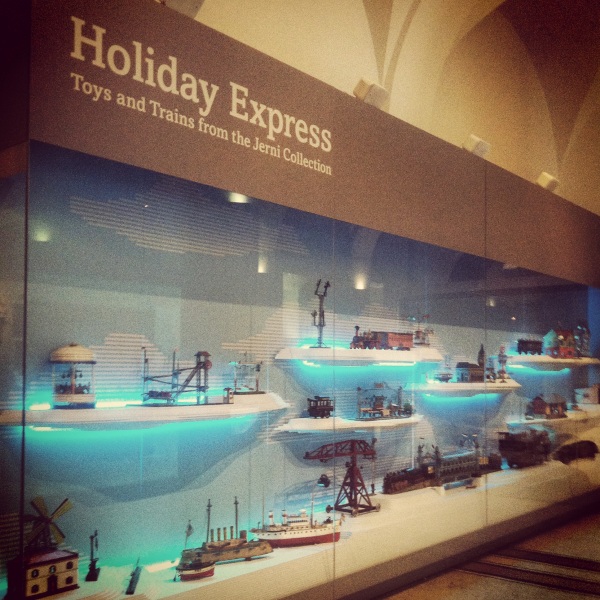 The museum’s ground level entrance and rotunda galleries are currently occupied by the stunning Holiday Express: Toys and Trains from the Jerni Collection. The name of the collection is derived from the names of Jerry and Nina Greene, the Philadelphia area collectors who amassed more than 35,000 toys over some five decades.

The Jerni collection, considered one of if not the largest toy collections in the world, represents a comprehensive story of what is considered the high water mark in toy making from the mid-19th through 20th-centuries. With a heavy leaning toward European manufacturers like Märklin, the railroad themed items in the collection are dizzingly ornate and go beyond locomotives and carriages to encompass railroad stations, amusement rides and detailed mechanical machines and vignettes. Boats, bridges and other transportation toys are also included. Everything displays an incredible level of detail and refinement in the use of metal, wood, paper cloth and hand-painted finishes developed through advances in manufacturing processes through the late 19th-century. 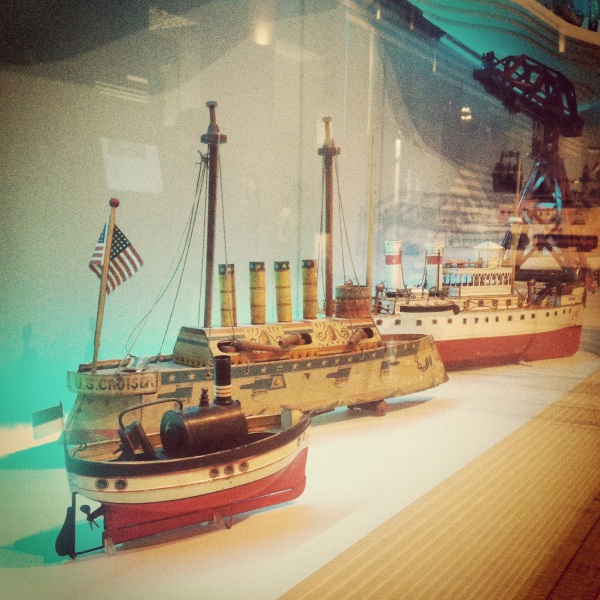 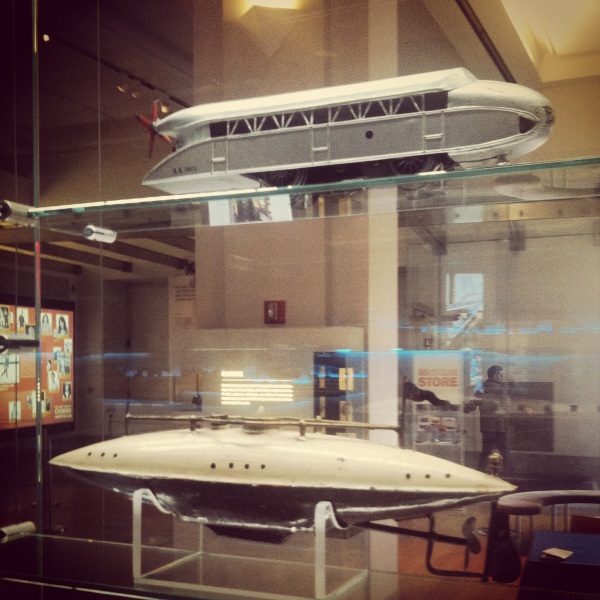 Just a few years ago, the Jerni collection began seeking a new home. After displaying some of the collection at Sotheby’s auction house in 2010, no appropriate buyer was found to meet the estimated eight-figure value of the collection. A small portion of the collection went on display again in November 2012 at the NYHS which generated enough interest from a group of donors to underwrite the cost of acquiring the monumental collection. Two years later, the Holiday Express exhibit offers just a glimpse of what the museum now has under its roof.

While the current Holiday Express exhibit of some 300 objects is heavily focused on railroad-themed toys, my interest was drawn to the side displays of toy cast metal soldiers. Several periods are represented, from early American and Old West toys to a fantastic grouping of World War I era soldiers, vehicles and artillery. The preserved original paint, cloth, string and wires on these toys is some of the most impressive I’ve seen. Thin bayonets continue to protrude from the ends of tiny rifles, and an olive drab fabric cot is still doing service holding an injured soldier. The survival and ongoing preservation of these primarily metal toys in the Jerni Collection is all the more remarkable given how many vanished through the decades of play and wartime scrap drives in the mid-20th-century.

Old West metal toys from the Jerni Collection at the NYHS

The Games We Played: American Board and Table Games from the Liman Collection Gift

On the museum’s lower level, is the smaller yet no less important exhibit The Games We Played: American Board and Table Games from the Liman Collection Gift. The ongoing display offers a rotating view of American made board and card games selected from the 500 item collection. Focusing on the period of 1840s to the 1920s, the games help illuminate a period where a modern and less rural middle class America was on the rise. The late 19th-century also saw great advances in color printing processes, allowing for bolder and more complex graphics. The current exhibit focuses on games with the theme of “fate,” something very much on the mind of native and newly arrived Americans at the turn of the last century. I would expect similar revelations into the shared cultural experience through gaming as the exhibit continues to evolve.

With so many stories to tell, the New York Historical Society’s current exhibit space dedicated to toys and games is certainly a crowd pleaser. My hope is that serious focus continues in future exhibits at the museum on the themes of toys, games and play. Just as technological, economic and cultural shifts drove mass change in toys and games beginning in the mid-19th-century, these same factors are driving new evolutions to the way we play today and influence who we may become as New Yorkers and Americans tomorrow.

2 thoughts on “Toys, Trains and Games at the New York Historical Society”